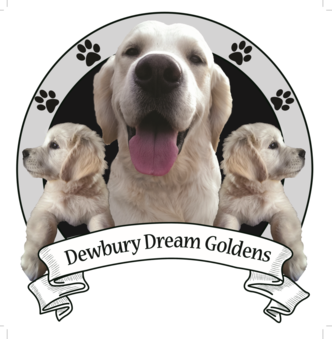 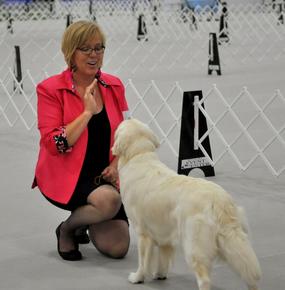 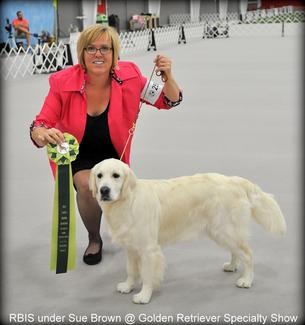 “Connor” was also shown on February 21 & 22, 2015, in Tucson. It was his first show and he did fantastic! The judges loved him, especially the International judges. One of the International judges, Mrs. Jean Pero said after having judged “Connor” in her ring: “I have judged many Goldens in Europe, and I think “Connor” is one of the finest I have ever seen!!!
“Connor” got top scores by all 5 judges and thus, like “Angel”, earned his International Championship that weekend.

On March 21 & 22, 2015, “Connor” was again shown in Los Angeles in 5 rings, and again got top scores from all 5 judges, and thus he earned his National Champion Title and his “Honor’s Champion” title as well.

In June of 2015, Connor too was shown at the Golden Retriever Specialty show in Missouri, and was shown & evaluated by 7 judges, and all 7 judges gave him the highest scores and he took 1st. place in all of his respective classes. Which now means that Connor earned his “Honor’s Champion in Bronze”, & his “Honor’s Champion in Silver” that weekend. Connor got MANY compliments from the judges about his block-head, his outstanding stride, perfect confirmation, & his sweet temperament. 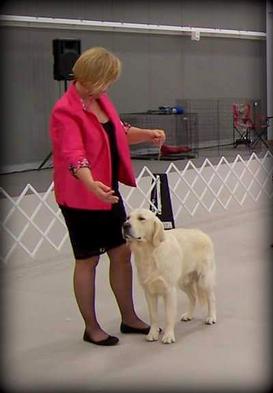 On February 11 & 12, 2014, “Angel” was entered into her first IABCA (International All Breed Canine Association) show at Tucson, Arizona at only 4 months old.

She was shown in 5 rings that weekend, and all 5 judges gave her the highest scores possible, which earned her the Puppy International & National Championship title. :D AND….She also earned a BOB (Best of Breed) in the American judge, Alan Krenek’s ring. I handled her myself, without any training at all, so I KNOW this didn’t happen because of a great handler! All credit goes to “Angel” who is just put together well enough to win.

Then again on March 22 & 23, 2014, “Angel” was shown in Los Angeles, California, in 4 judge’s rings. There she again got the highest scores possible, and another BOB in the American judge, Anne K. Catterson’s ring. That day she earned her National & International Junior Puppy Champion Titles.

On February 21 & 22, 2015, we went down to Tucson again and “Angel” was shown in 5 rings, this time to work towards her Adult Championship titles, and she did indeed manage to earn her International Championship title that weekend.

And then again on March 21 & 22, 2015, “Angel” was again shown in 5 rings in Los Angeles, where she again earned the highest scores, and thus received her “Honor’s Champion” & “Honor’s Champion in Bronze” titles.

In the summer of 2015, we traveled all the way to St. Louis, Missouri, for the Golden Retriever Specialty Show at the Purina Farm. (Yeah, that was a 3000 mile trip!!!)

There the honorable judges, Sue Brown (England) and Rosemary Easton (Australia) had been hired to judge our precious fur-babies.

These two ladies opinion mattered A LOT to me, as they themselves have breed EC-Goldens for 45/42 years, and thus KNEW everything there were to know about this fine breed.

And in both judges rings, Angel earned BOB &RBIS!!! (Reserve Best in Show) Needless to say….I was ABSOLUTELY ELATED!!!!! 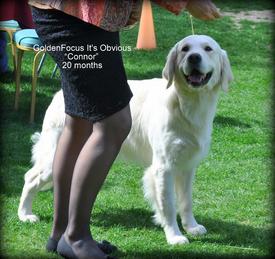