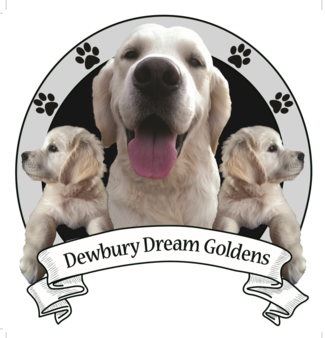 “Connor’s” Uncle, “Nigel”, Majik Truth Or Dare, is the top winning Golden in The Netherlands with MANY honorary titles as well. Both top studs in their respective countries.

“Connor’s” Grandmother, “Line”, Jako’s Octavia, is top winning Bitch in Norway 2009, and also has many honorary Champion titles as well…

“Connor’s” Great-Grandmother is none other than “Jazmin”, Remington Requisite of Ramchaine, many times champion and top Brood Bitch in the United Kingdom 2007, 2008, 2010…I could go on and on about “Connor’s” champion pedigree, but I’ll leave it to you to look into his VERY impressive pedigree if you want further information.

I went to Denmark to pick him up from the respectable GoldenFocus Kennel, owned by Vagn & Annette Donskov. I feel a deep gratitude to them for entrusting me with such a remarkable boy. “Connor” has been selected to be our Stud because of his PERFECT health scores, VERY impressive pedigree, Lovely conformation & outstanding temperament. As a matter of fact, International judge, Jean Pero’s comment on “Connor” when he went to show in her ring was: “I have judged many Goldens in Europe, and I think “Connor” is one of the finest I have ever seen!!! :D Needless to say, that just made my day!!! :D

“Connor’s” head is perfectly bulky, his coat is lovely and his stride is simply AMAZING! I get A LOT of compliments on “Connor’s” head, stride & temperament!
He is VERY quiet, and hardly never barks, not even when someone knocks on the door! He has NEVER shown any kind of aggression towards humans or dogs. (Oh okay, he did growl at another stud that tried to hump him!!! :D) When we walk past barking dogs, he just looks at them quietly and walks on. He will moan to express happiness and when he plays, but that is usually the most vocal he gets.

“Connor” is the biggest love-bug I have ever met, there is not a mean bone in this boy’s body, and he is my shadow….Where ever I go, he goes….A real Momma’s boy indeed.
He loves children, car rides and lots & lots of love/touch. “Connor” loves to get groomed, and stands perfectly still for both the washing as well as the drying/brushing of him….Basically, as long as you touch him, you have his full attention. (Not so different from the human male species!!! :D)

In 2018 we certified "Connor" with ITA, one of Utah's finest Therapy Dog Organizations, and he is taking his job as a Certified Therapy Dog VERY serious!....As a matter of fact, it's his ABSOLUTE FAVORITE thing to do!

“Connor” is within Breed Standard Size at 78 lbs. and has a lovely long torso with a GREAT topline, and a head to die for, which is producing some beautiful “Within Breed Standard” puppies. He has his CHIC Certificate as well! :D